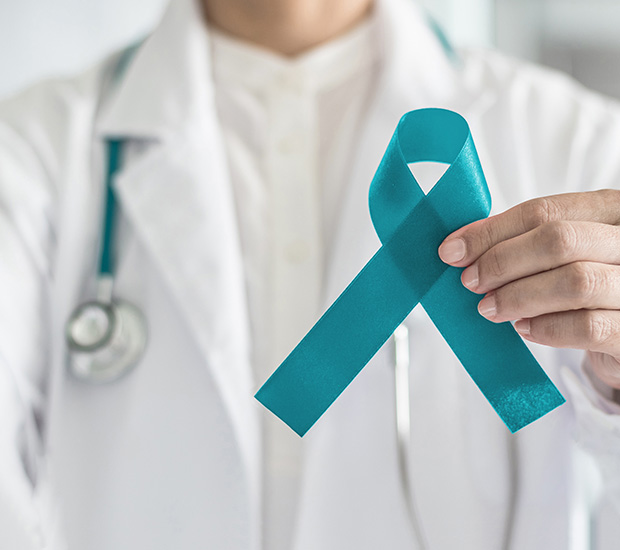 An ovarian cancer diagnosis can be intimidating and frightening. However, undergoing treatment in its early stages often provides optimal results. Ovarian cancer causes obvious signs and symptoms; therefore, it is important to know and listen to your body as it alerts you that something is wrong.

At Lindenberg Cancer & Hematology Center, we offer ovarian cancer treatment for patients experiencing various symptoms. Our team can diagnose, treat, and help ensure cancer remains in remission after the completion of treatment. To learn more about our treatments or schedule an appointment, call (856) 475-0876 today.

What is Ovarian Cancer?

Ovarian cancers describe a group of diseases that affect the ovaries and surrounding structures, including the fallopian tubes and the peritoneum. The female reproductive system consists of two ovaries, the vulva, vagina, cervix, fallopian tubes, and the uterus. Tissue lining, or the peritoneum, covers organs in the abdomen. When tumor cells grow in the ovaries, they multiply quickly and destroy healthy tissue.

There are many types of tumor cells that result from ovarian cancer. According to the CDC, “the most common tumor type is high-grade serous carcinoma, occurring in about 70% of ovarian cancer cases.” Ovarian cancer can result from a variety of causes, including genetic mutations, Lynch syndrome, and breast cancer. This type of cancer often reveals itself through signs and symptoms, and early diagnosis can greatly aid in recovery.

Signs and Symptoms of Ovarian Cancer

Many patients become aware of the development of ovarian cancer through certain signs and symptoms, although they may not appear right away. They may also be similar to other common health conditions. Nonetheless, it is important to understand how the reproductive system works and notice these signs as soon as they occur.

Common signs and symptoms of ovarian cancer include:

Patients who experience any of these symptoms should visit their primary care doctor for an examination. They may be referred to Lindenberg Cancer & Hematology Center if signs indicate a risk of ovarian cancer. We will then conduct a thorough examination and run tests to properly diagnose the patient.

It is crucial that all women understand their risk factors for developing any form of cancer. Risk factors associated with ovarian cancer include older age, inherited genes, family history, obesity, hormone replacement therapy, endometriosis, early age menstruation, late menopause, and never having been pregnant. We will assess these risk factors and go through a patient’s medical and family histories during the diagnosis.

Upon assessing a patient’s risk, we will determine the necessary tests and examinations needed for an official diagnosis. These tests may include a pelvic exam, imaging tests such as ultrasounds and CT scans, blood tests, surgery, and genetic testing. Surgery may be necessary for some patients to verify whether a tumor resides in one of the ovaries. Once a patient is officially diagnosed with ovarian cancer, Lindenberg Cancer & Hematology Center will use the results of the tests to determine the stage the patient is in and appropriate treatment.

Types of Treatments for Ovarian Cancer

Ovarian cancer treatments vary depending on each individual case and the stage a patient is in. Treatments may be a combination of surgery, chemotherapy, radiation, targeted therapy, hormone therapy, immunotherapy, and palliative care. According to the National Ovarian Cancer Coalition, surgery is the most common method of treatment, and most women will undergo surgery at some point during their treatment phase.

Surgeries for ovarian cancer include the removal of one or both ovaries, removal of both ovaries and the uterus, and removal of advanced cancer, which would require removing as much of the cancer cells in the body as possible. Most patients will also require chemotherapy and radiation along with another form of treatment. The fewer cancer cells appear in the body, then the less treatment the patient will need to combat the disease. Required treatment will be discussed during the diagnosis appointment or the following visit.

Cancer remission is different for every individual. Some patients live cancer-free, while others may require chemotherapy on and off. Nonetheless, it is a good idea to learn how to live post-treatment and prevent remission. The American Cancer Society suggests developing a survivorship care plan, which would include scheduled follow-up exams, early detection screenings, a list of side effects post-treatment, diet and physical activity recommendations, and regular visits to a primary care doctor for general health checks.

Ovarian cancer survivors are more prone to remission as well as other forms of cancer, including colon cancer, rectal cancer, small intestine cancer, cancer of the renal pelvis, breast cancer, and bladder cancer. Being treated with radiation and chemotherapy also increases the risk of soft tissue cancer, pancreas cancer, and leukemia. Therefore, we strongly suggest survivors of any type of cancer continually visit both their primary care doctor and oncologist to detect any changes or signs early.

Ovarian cancer consultations and treatments are available at our office. Our team at Lindenberg Cancer & Hematology Center looks forward to treating you and keeping you healthy after treatment. Call our office at (856) 475-0876 to learn more or schedule an appointment.

How can ovarian cancer be prevented?

Nobody is immune to any type of cancer. Although ovarian cancer cannot be prevented, there are ways women can reduce their risk. Oral contraceptives can greatly reduce one’s risk when taken for at least five years. Pregnancy, breastfeeding, tubal ligation, hysterectomies, and prophylactic oophorectomy (removal of the ovaries) can also reduce one’s risk.

What are the first symptoms that appear with ovarian cancer?

How is ovarian cancer most commonly diagnosed?

Ovarian cancer can be diagnosed through imaging tests, blood tests, pelvic exams, and surgical testing. At times, a laparotomy is necessary to confirm the presence of ovarian cancer cells. This type of surgery requires the removal of cysts or other suspicious areas to be biopsied to assess whether cancer cells exist and to what extent.

Who is best trained to diagnose and treat ovarian cancer? 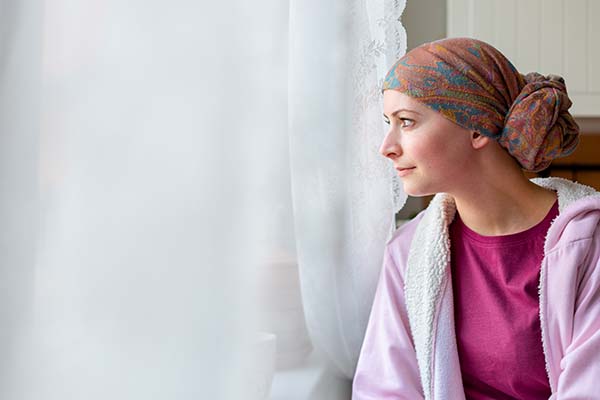 An oncologist is a medical professional who deals with cancer. Seeing an oncologist for a consultation can help inform you about what to expect during your treatment. Cancer therapy is important in keeping the tumor and cancer symptoms at bay. Understanding it can help you prepare well for it.If you want to know more about… 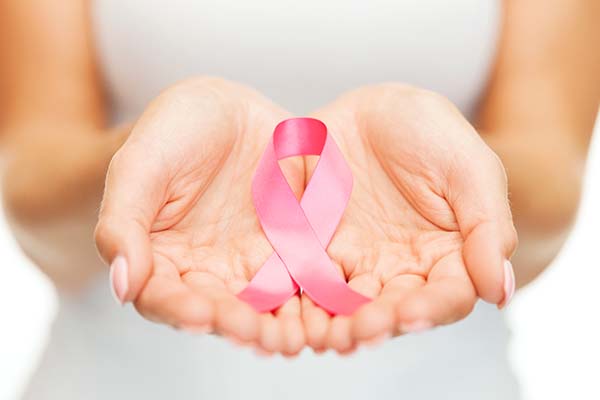 Breast Cancer Awareness Month: Risk Factors, Symptoms, And How To Get Involved 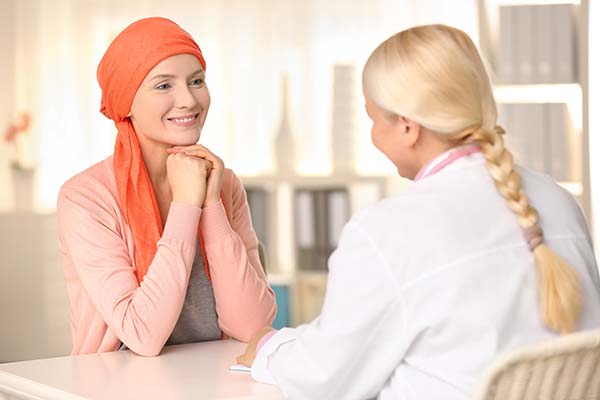 When the diagnosis of cancer is given, cancer treatment should be started as soon as possible. Knowing the options available for the patient helps them decide the best course of action to take.Integrative cancer treatment options are for everyone who wants to fight the disease. We recommend learning more about the available options being offered… 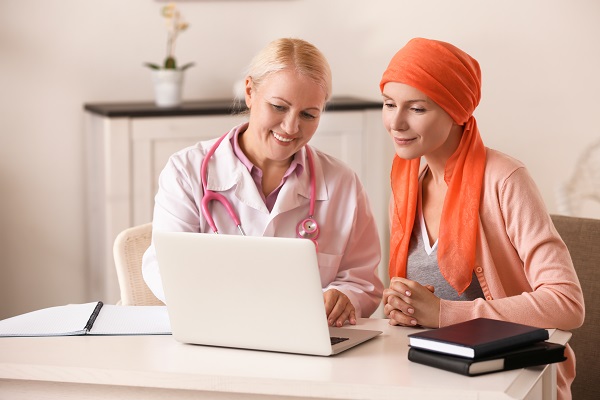 Cancer treatment often includes the use of radiation. Read on to learn more about radiation oncology and how it works. Radiation treatment involves using high-energy X-rays with a linear accelerator. This type of X-ray therapy is non-invasive. The healthcare professionals on your cancer treatment team will help explain what you need to know before your… 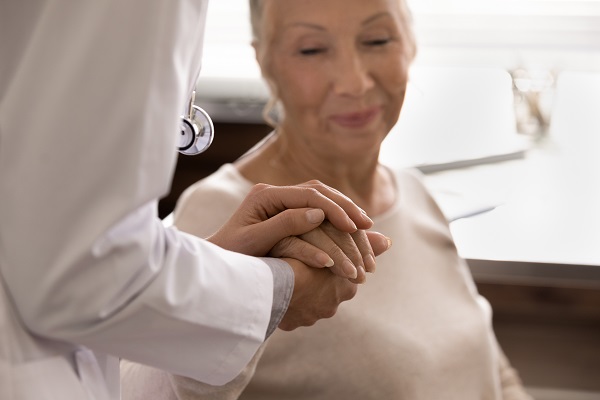 Types Of Cancer Treatment From An Oncologist

If you want to know the different types of cancer treatment from an oncologist, continue reading. The goal of cancer treatment is to remove cancer cells from your body and get you back to a normal life. This outcome depends on each patient’s situation. An incurable type of cancer will need treatments that could slow…